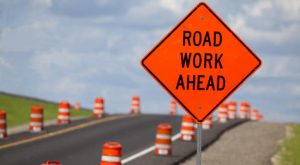 “Daddy are we there yet?”  is a question that any father has heard and tried to answer many times.  Manufacturing companies hear similar questions from their customers.  Logistics is one of the most important aspects of why and where a company locates a manufacturing facility.  Having infrastructure to support local manufacturers is vital to the economic well-being of any community.

Governor Ivey’s Rebuild Alabama plan passed overwhelmingly in the legislature this week.  What does that mean for economic development in Marshall County and Alabama?  The new 10 cent gas tax will generate around $300 million annually for roads and bridges.  In Alabama, 7,000 of 16,000 bridges are over 50 years old.  Many are narrow and weight restricted.  As Senator Scofield pointed out on the floor of the Alabama Senate Tuesday, anyone who remembers cringing as they drove over the old Whitesburg Bridge going into Huntsville from Arab understands this.

An example in Marshall County would be the Short Creek Bridge on Hustleville Road.  It is weight restricted.  What does that mean?  Well, for one, poultry feed trucks coming from the feed mills in Guntersville cannot go over it so they drive through downtown Guntersville and Albertville to get to the numerous poultry farms in eastern Marshall and DeKalb counties.  This adds more cost to the poultry companies, but more importantly it puts more trucks on 431, which everyone knows is already overcrowded.

Another component of the program sets aside money to fund improvements to the Port of Mobile.  Many opponents to the tax increase questioned how that helps all of Alabama and not just coastal residents.  The Port of Mobile has a total direct and indirect tax impact of $486.9 million in the State of Alabama.  The total economic value to the state is estimated at $22.4 billion.  Products and commodities from all over the state make their way through the port to places all over the world.  In Marshall County, that would be primarily poultry exports.  Almost all of our poultry companies export overseas.  But many companies in Marshall County receive raw materials from overseas that also come through the port.  Considering the Port of Mobile a coastal Alabama asset is extremely short sighted.  It affects us all in many ways.

Most opponents to the bill did not oppose its intent, only its method.  No one can deny that we need to fund infrastructure improvements in Alabama.  In 1992, the gas tax generated $317 million, it peaked in 2006 at $417 million and has been going down ever since.  In 2015, it generated $396 million.  This at a time when total vehicle/miles traveled increased in Alabama from 25 billion to 67 billion.

This will also allow for more local funding.  One example is the 431 traffic study that the Marshall County Economic Development Council commissioned over the past couple of years. This study was done with the blessing and support from ALDOT and the cities of Albertville, Boaz and Guntersville.  One of the most pressing issues to alleviate traffic on 431 would be better timing of signal lights.  However, many of those signals are old and utilize obsolete timing equipment.  Newer, more sophisticated systems are available that use high speed fiber-based data connections to talk to each other and coordinate timing.  Signaling systems can determine that there is heavy traffic flow at one intersection and communicate to the next signal to change appropriately.   These systems are expensive, but I am told they are extremely effective at helping to reduce traffic congestion.

Safety is also a major factor that companies consider when locating in a community.  It took many years and a young lady losing her life at the Red Mill double bridges before they were replaced with a new bridge in 2017.  Superintendent Dr. Cindy Wigley has said that Marshall County Schools’ buses travel an extra 88 miles around 10 unsafe bridges.   That is a lot of time for our children to spend on school buses that is unnecessary.

All of these issues add to the greater economic well-being of a community.  We have a healthy economy in Marshall County.  Our unemployment rate continues to remain in the 3-4% range which is a long way from the 10.2% high water mark in January of 2010.  We want to keep our folks working and we do that by keeping our companies strong.  Making our county and our state as attractive as possible for companies to locate and grow is vital to keeping this economy healthy.  Infrastructure is essential to this process.   Are we where we need to be in Alabama or Marshall County?  Or, “Daddy, are we there yet?”  I would say, definitely not yet, but Governor Ivey and the Alabama Legislature took a large step to put us on the road to being there this week.

No comments to show.